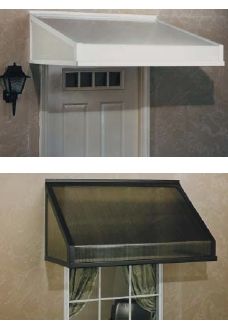 Window Shutters can be used in different ways depending on the weather conditions. They can be used either to make the most of the weather or make a building more comfortable in the conditions. The ways in which they can be opened and closed make them more adjustable than curtains and allow this control. This is especially the case with louvered shutters. In fact, this is their very purpose.

In the summertime homes can get uncomfortably hot. This is the very reason why window shutters were first inventing in the Mediterranean. In extremely hot weather shutters can be completely closed, shutting out the blistering sun. This will protect the home from the heat as the sun cannot shine through shutters as they can with curtains. But there are many other options on top of completely open or completely shut. Having either the shutter, or the shutter louvers partly open can mean air is emitted without letting in all the heat. This can be used to cool down a room. With most fittings a shutter is fixed on either side of the window so they meet in the middle, allowing them to be opened and closed separately. They can be opened however the user sees fit, and open at angles meaning the sun can be blocked out while allowing plenty of air and light to enter a room.

In the winter shutters can be used for the opposite affect: to insulate against the cold. The thick wood typically used for window shutters means they are much better at insulating a home than curtains or blinds. This can mean significant protection against the cold.

On a sunny winters day shutters can be used to keep a room warm while still having the advantage of the sun. Of course, like curtains, they can be completely open, but there are other options that still allow for some insulation without blocking out the daylight. The louvers can be opened, or the shutters can be open on one side and closed on the other or anywhere in-between the two.

AS IT GETS WARMER

As winter turns into summer windows can be opened to keep a room cool, while the shutters can be closed to keep it warmer than if everything is kept completely open. They can be adjusted perfectly to the exact conditions. For example, the shutter slats can be open with the actually shutters closed. As it gets warmer more air can be let in.

Another advantage of shutters is that they can be used to protect against extreme weather such as hurricanes or tornadoes. Exterior shutters can be used to protect windows as they are very durable. After a natural disaster windows can make a home extremely cold or unsafe, but shutters can potentially protect against this. Interior shutters will not protect the windows but could still protect the interior of the home and the people inside. All this depends on the strength of both the weather and the materials used to manufacture the shutters.