5 Ways to Decorate With Window Tint 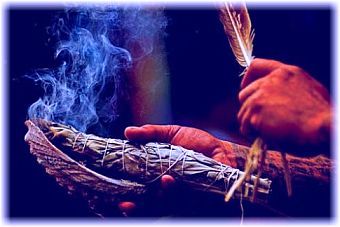 Since window tinting offers a host of benefits many people see it as nothing more than a way to cut costs on heating and cooling while protecting their home windows. While this is true, the decorative aspects of window tinting film shouldn’t be overlooked. Tinting film is not longer available in one or two colors; it is now widely available in a number of colors, patterns and even textures. These decorative films offer the same protection from both heat and UV rays as their more industrial counterparts and so you won’t have to worry about comprising quality for a pretty facade.

1. Etched Glass Creates a Timeless LookEtched glass is the sort of thing you usually see on older homes which makes the entire window, and the entire home, look a bit more upscale. Traditionally, etching is done directly onto the glass but tinting film can create the same look without etching into your windows. These etching designs can be regulated to primarily the edges of the window or you can choose a patterned etch which is usually in the center of the window glass. These etching designs can be done in a tradition white on clear color scheme or you can make use of the technological advancements in film making and choose a film with an etched glass feel that also incorporates a bit of color.

2. Stained Glass Look Without Breaking the BankStained glass is probably one of the most eye catching window treatments available. Since it is such an artwork, the cost for having a window replaced with stained glass can be steep, particularly if you want to have that look for a large main window of your home. Once again, tinting comes to the rescue. Window tint films can be designed to have the look of traditional stained glass without breaking your decorating budget.

3. Frosted Glass For Added PrivacyUsually people tend to frost the windows in their bathrooms, especially if the windows are set low on the wall. But frosted glass can increase privacy in any room without inhibiting the amount of light. This can include any windows which are set low enough to allow someone to crawl in. Usually these windows are found in the basement, kitchen and first floor bedrooms. Frosted windows soften the light which cuts down on glare as well. This makes them ideal for a baby’s room or nursery in order to avoid sun glare in your child’s eyes.

4. A Welcoming Floral Pattern for Front WindowsDecorating with flowers has always been in fashion since flowers have always been a cultural symbol of welcoming and affection. Window tinting firms understand this and offer a variety of film patterns featuring floral themes. These floral patterns can range from something bold and eye catching such as flowers taking up the entire window or being a central focus point to something more subtle such as flower borders or simple falling petals.

5. Modernize Your front living rooms are decorated in neutral colors, particularly for families who have just bought their first home, since neutral colored furniture is more abundantly available and can usually be bought at bargain prices. Unfortunately, many people think this use of neutral colors gives the room an overall washed-out feeling. You can add a splash of color with a simple small rug, throw pillows or other inexpensive accessories. In order to tie the room together and give it a truly new feel consider adding that splash of color through the use of a brightly colored window tint. A living room decorated mainly in lighter and neutral colors takes on a whole new glow if you choose a window tint in red, orange and bright blue.